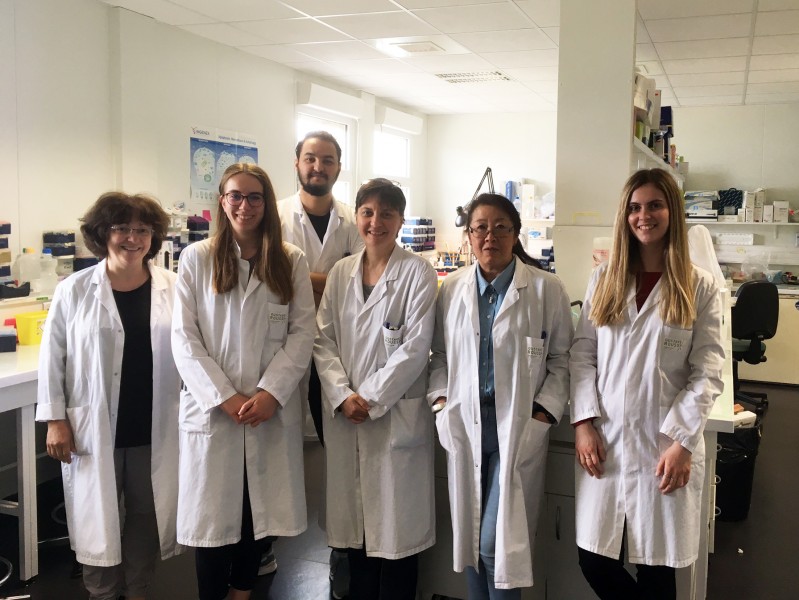 Resistance to treatment is a major clinical problem, in particular in the case of osteosarcomas, bone tumors affecting children or adolescents. Indeed, chemotherapy, associated with surgery, is the central pillar of current treatment. However, many osteosarcomas are or become resistant to these antiproliferative drugs. Recurrences and / or the appearance of metastases are then frequent. 2 out of 5 patients cannot be cured! Osteosarcoma is therefore a pediatric cancer with a poor prognosis for which it is absolutely necessary to identify ways to counteract resistance to treatment in order to improve the chances of recovery for patients.

Dr Olivia Fromigue's team has identified the MT2A protein, the presence of which is essential for osteosarcoma cells to survive in the face of chemotherapy. Analysis of tumor samples taken before the start of chemotherapy revealed that if the tumors express little MT2A, patients will respond well to treatment, whereas if the MT2A level is already high, patients will be poor responders with a reduced survival rate. Thus, their work suggests that MT2A would be a predictive marker of resistance to chemotherapy which can be used from diagnosis.

The next question was to consider using MT2A as a therapeutic target. They have just provided proof of concept that blocking the expression of MT2A significantly improves the effect of chemotherapy in vitro and in animals. Before considering a clinical development of this discovery, it is necessary to fully characterize the roles of MT2A in the whole tumor and not only in the tumor cell. Their current project, financially supported by Eva pour la vie (through a grant of 21,000 euros, paid in early 2020), aims to study the role of MT2A in communication between tumor cells and the body's defense cells. Indeed, the team suspects her of participating in the tolerance of tumors by the immune system ...

Why did you decide to do research on childhood cancer?
Research on childhood and adolescent cancers is essential, alongside adults because the biology is very different. And certainly more so for growing bone tissue. I had already noted and studied it during my thesis: the functioning and the activity of a formative bone cell are different in the fetus, the child, the adult and the elderly. The response of tumor cells to treatments defined for adults is also different. It is essential to better understand, to characterize in detail the tumors of the child in order to propose perfectly adapted therapeutic solutions. Our work aims to understand how tumor cells cope with anticancer drugs - mainly chemotherapy - and why some tumors are not sensitive to them and resist treatment.

Why are you interested in osteosarcoma?
During my thesis, I studied the mechanism of bone formation in adults and children. Then I went on a post-doctoral position at the tumor center of the Université Libre de Bruxelles, in a team working on metastatic breast cancer and which wanted to set up a research project on the interactions between mammary tumor cells and bone cells. . I was then their referent for normal bone tissue and I learned a lot about the deregulations and dysfunctions that exist in tumor cells. Then, I did a second post-doctorate in Nice on the theme of communication between tumor cells and normal cells (in the lung cancer model) while training myself in a technique then in full swing: DNA chips. It is clear that the different cells communicate a lot. Normal cells receive signals from tumor cells and will adapt their behavior unfortunately very often to “serve” and “benefit” from the development of the tumor. Back in the Paris region, I focused my projects on bone cancer, especially since at the time little research was carried out on this rare cancer. I then had the chance to join the Gustave Roussy Institute and to interact with other researchers and especially clinicians aware of bone tumors, and therefore to be as close as possible to clinical reality.

Could this project lead to cross-cutting advances, that is to say beyond osteosarcoma, for children?
Yes, our work is carried out in the osteosarcoma model, but the MT2A protein can be produced by any normal cell in the body which has to face chemical or toxic aggression. The same may be true for tumor cells. The link between the level of expression of MT2A by the tumor and the prognosis has moreover been described in the literature in cases of breast, stomach and prostate cancer, etc. On the other hand, there is no data. was still available as to the role of MT2A in pediatric cancer.

Why is funding from Eva for Life, and associations, important to you?
While funding from major national (or even international) programs is very rigid, ad hoc support from associations is decisive for initiating research projects, providing the preliminary results that are essential to convince major funders. This also makes it possible to quickly reorient the work towards promising lines of research. 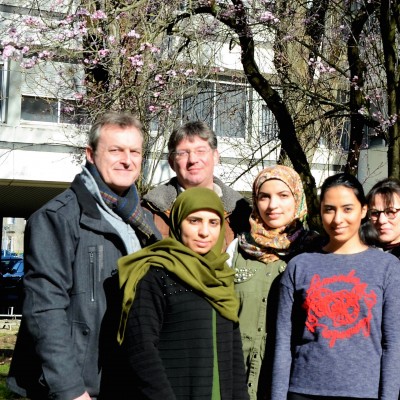 Since 2012, Dr Christophe Grosset has been studying hepatoblastoma, a liver tumor that affects very young children. Today, the main difficulty is to treat patients suffering from metastases or from an inoperable tumor resistant to treatment. With the support of the Eva pour la vie association, the team has set up a new model of hepatoblastoma in the chick embryo which makes it possible to test the effectiveness of new therapeutic molecules (such as microRNAs) and of facilitate the study of these tumors in the laboratory. It has also shown the value of a drug already used in the treatment of certain leukaemias, to treat children with very aggressive liver cancer. 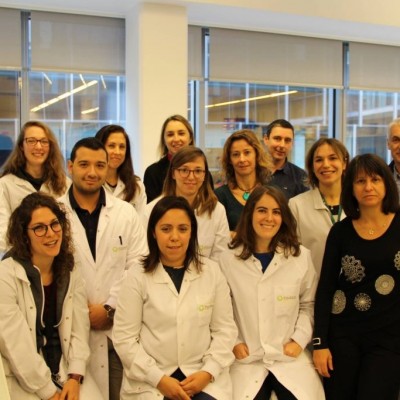 Dr Fabienne Meggetto is research director at INSERM Toulouse, within a team of excellence whose research work focuses on lymphomas in children. The Eva pour la vie association has decided to provide aid of 50,000 euros for the start of an ambitious and transversal project, which could make it possible to find new therapeutic avenues for lymphomas with a poor prognosis, but also, others. solid tumors such as neuroblastoma. ... 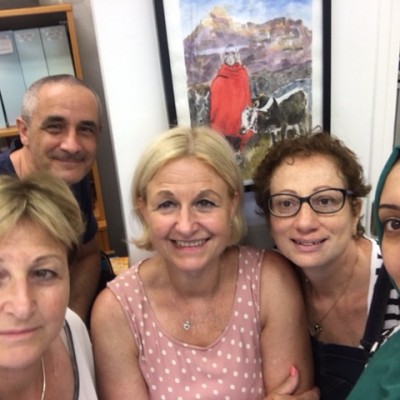 The preclinical research project of Dr Alliana Schmid's team focuses on the treatment of pulmonary metastases from osteosarcoma by combinations of immunotherapy.

The aim of this project, which is unique in France, is to evaluate, in a preclinical model of pulmonary metastases from osteosarcoma - a cancer with a poor prognosis which particularly affects adolescents - the effects of a treatment combining two complementary immunotherapy strategies. The Eva pour la vie association is providing funding of 50,000 euros over 3 years, representing the entire cost of this project. 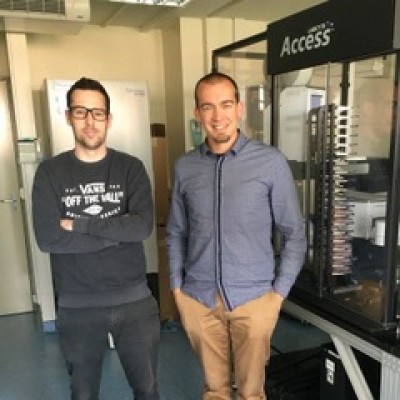 Dr Pasquier's research work mainly focuses on the repositioning of drugs which consists of testing, in new therapeutic indications, drugs already approved by the health authorities. The aim of this work is to identify new therapeutic targets for the most difficult to treat cancers and thus improve the care of patients suffering from these aggressive forms and refractory to treatment . In particular, pediatric cancers (neuroblastoma), brain tumors affecting children as well as adults (glioblastoma, medulloblastoma) as well as certain rare forms of cancer (angiosarcoma). 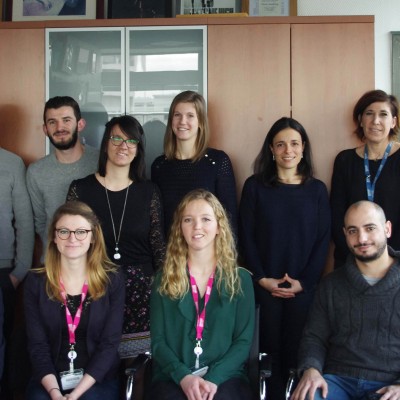 The work of the INSERM team co-directed by Dr Marie Castets (CR1 Inserm, HDR) and Dr Jean-Yves Blay (PUPH, HDR) focuses on cell death and cancers. Thanks to the support of Eva pour la Vie (55,000 euros) and other associations, this team is currently developing these lines of research on rhabdomyosarcomas, osteosarcomas and neuroblastomas ...

Since September 2014, Dr Martin Hagedorn has been leading a team of researchers (Caroline CAPDEVIELLE , Farah RAHAL, Justine CHARPENTIER and Mélissa MENARD) which devotes its research work to the identification of new therapeutic targets in brainstem tumors and to the improvement of its treatment methods. Work recognized by several European scientific teams & experts. 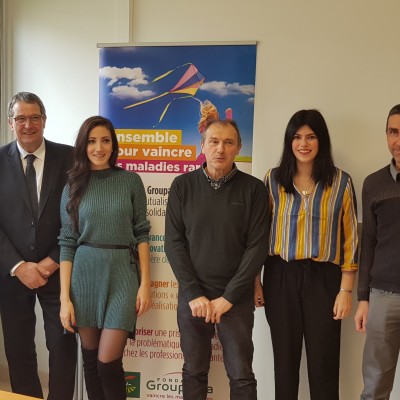 For more than 20 years, this teacher-researcher has been working on cancer. And it's been almost 10 years since he went to kidney cancer or renal cell carcinoma. By joining the team of Dr Christophe Grosset (Inserm, MiRCaDe team), he wanted to use his experience and take a new step forward by working on childhood cancer. He is the initiator of an ambitious project, which involves several surgeons, doctors and international researchers, on the study of nephroblastoma (or Wilms tumor) in children, co-funded by the association Eva pour la vie and Aidons Marina ... 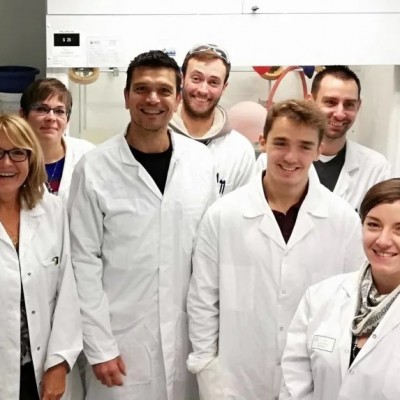 At the end of 2018, the Nouvelle Aquitaine region agreed to co-finance with Eva for life the research project "Biological and preclinical studies of new anticancer agents, including some targeting EZH2 / PRC2, in the treatment of highly proliferating hepatoblastoma", led by Prof. Papot and Dr Grosset. The Eva pour la Vie association covered up to 50% of the cost of the purchase of laboratory equipment (in the amount of € 9,000) necessary for the smooth running of this work. 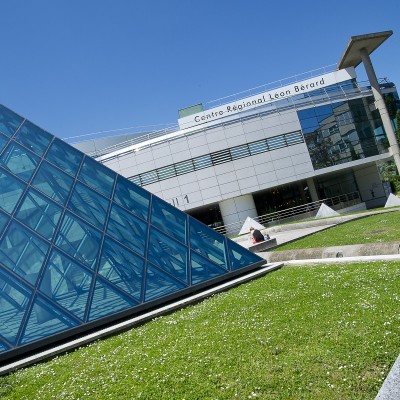 Doctor Max PIFFOUX - under the responsibility of the "Apoptosis and cancer" team coordinated by Aurélie DUTOUR at the CLB - is the scientific manager of the following research project: "Autophagic induction as a booster of response to immunotherapies: trial of a new therapeutic class, calorie restriction mimetics, in the pediatric osteosarcoma model ". Eva pour la vie & Aidons Marina have decided to co-finance the launch of this project, by providing a grant of 40,000 euros. 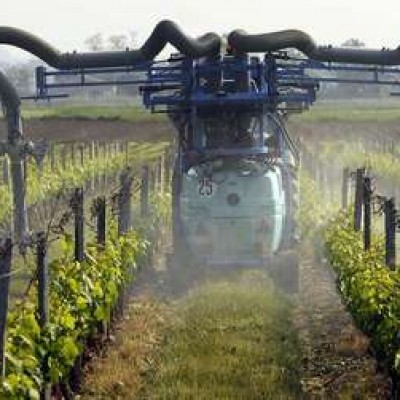 If the development of therapeutic routes adapted to the child is essential (to try to save the children who today, remain without a therapeutic solution and / or to reduce the side effects), we do not forget an equally strong reality: over the past 50 years, the number of children affected by cancer has never declined. Much remains to be done in terms of prevention, both in terms of research and regulation. Eva pour la vie is actively involved by co-financing environmental studies. The first of these, HAPPI, aimed to have the KUDZU SCIENCE laboratory analyze dust samples taken in homes bordering vines - welcoming children or pregnant women - as well as in a primary school classroom. 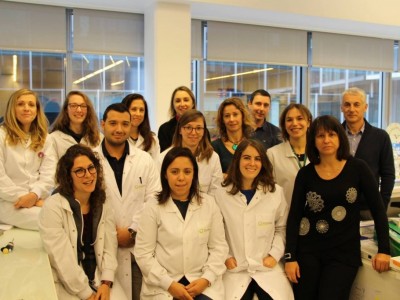