Each year in Europe, nearly 30,000 new children are diagnosed with cancer. Nearly 6000 die of it - the equivalent of 240 classrooms  - after unbearable moral and physical suffering. Cancer is the children leading cause of death of disease.


The cure rate (about 70% over 10 years after diagnosis) has increased in cancers that can be treated with treatments originally developed for adults. On the other hand, for 30 years, there has been little progress - in terms of cure - on specific pediatric cancers such as pediatric brain tumors, certain types of sarcoma… too often, only palliative solutions are proposed.

More than 60 types of pediatric cancers exist. Unfortunately, they hardly arouse the interest of pharmaceutical companies, for lack of profitability. Even if our awareness-raising actions allowed, at the end of 2018, the vote by french parliament of a fund of 5 million euros / year dedicated to fundamental research on childhood cancer, the resources allocated do not allow us to support all quality research projects, well evaluated by international experts, both for the development of treatments and for the search for the causes: according to several estimates, at least 10 to 15 million euros / year are missing . Often, associations are the first funders of basic or preclinical research projects in pediatrics.

In addition, simple measures - in particular in favor of the gift of life, for leukemia - should be taken by our country, which is lagging behind in this area. Indeed, France has only 320,000 people registered on the bone marrow file, against many more in Italy, Spain, or even 5 millions in Germany.

Finally, many inequalities remain, both in terms of reception and treatment of sick children (which vary from one hospital department to another) and in the social consequences of a child's illness for families.

In memory of Eva - who died of a brainstem tumor - and all the children who died of cancer, in February 2012 we decided to create the association “Eva, pour la vie”. It aims to help researchers and families, and to alert public opinion and politicians to the lack of resources dedicated to research against pediatric cancers, which can affect any family.

We challenge the government to create a fund dedicated to research on childhood cancer (from 15 to 20M € / year), to improve support for families of children. 'seriously ill children and to improve the conditions of treatment of sick children.

At the same time, with financial assistance provided to researchers, the association can set up actions to improve the daily life of children hospitalized in France, or help the parents of children who are victims of this disease. 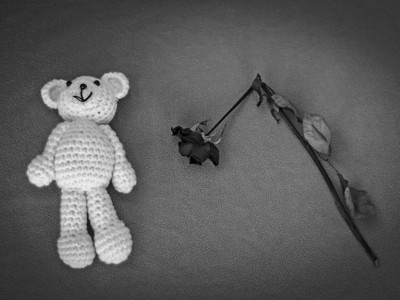 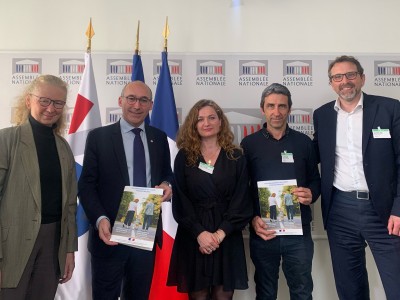